It’s been pretty busy round these parts, here are a few notes from the last month or so.

Our paper on natural variability in the Earth’s energy budget got a nice write-up from John Abraham in the Guardian. Mat Collins happened to be passing, and took a nice picture of me and Matt P looking (according to a colleague) like a sciency version of Run DMC.

If you’ve got 4 minutes, you can watch the video abstract.

The message that really went in was the one summarised by Ed in this tweet:

Chris Roberts and Laura Jackson were writing a lovely short paper on variability of the Atlantic Meridional Overturning Circulation (AMOC), and came to me for some advice on the stats. The “accepted” (but not final) version of the paper is online at GRL. It’s a good warning against too liberal use of the word “significant” (although, if I never read that word again it’ll be too soon).

We’ve got around 10 years of observations from the RAPID array with a downward trend in them, according to a nice paper by David Smeed and colleagues.

Our paper really highlights how small the AMOC’s internal variability (and the forced responses, but that is for another day) is in the models, compared to the trend in the observations.

Naively, this would point to an anthropogenically forced trend, but If you rescale the short term internal variability of the (unforced) models to look more like the corresponding variability in the real system, then you can easily see trends that look like the one we observe over a decade.

Of course, that doesn’t mean that the observed trend isn’t anthropogenically forced in reality. There are a bunch of choices that are made in the statistical analysis, most of the models clearly don’t simulate enough internal variability, and the observational record is short. We’re just pointing out that there isn’t enough evidence to distinguish well between natural and anthropogenically forced trends at the moment in this particular system.

I’m sure that will change, as we learn more about the AMOC.

I’m recently back from lovely Savannah Georgia, after attending the SIAM Uncertainty Quantification conference there. This typo was too apt to correct: 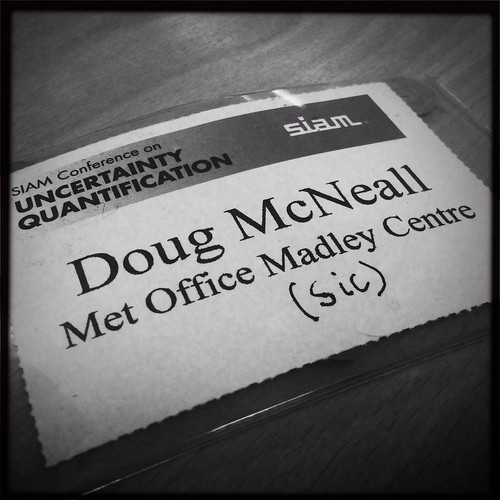 Highlights (for me) were:

Jim Berger rediscovering what Lindsay Lee already knew: IT IS PERFECTLY OK TO BUILD SEPARATE EMULATORS FOR EVERYTHING (e.g. GP emulators for individual pixels in a map works just fine).

Dave Higdon (LANL) showing that extrapolating computer models to parts of parameter or model space where you have no observations is *incredibly difficult*, even with relatively simple systems. This is a great warning to climate modellers not to be complacent, and a strong argument for continued efforts to use paleaodata to confront models. He also managed to persuade a nuclear test facility to allow him to drop basketballs down an enormous hole in the ground.

Don Lucas (LLNL) Gave a nice description of his paper – using classification methods to find parts of input space where the climate model fails. I’ve got access to a similar dataset to play with. Don uses Support Vector Machines, to good effect.

I also enjoyed kicking ideas around with Jim, Danny and Lindsay, and we even managed to get some concrete work done, in a cafe, on the back of a napkin. Really! (evidence below). Lindsay coded it up immediately, so watch this space 🙂 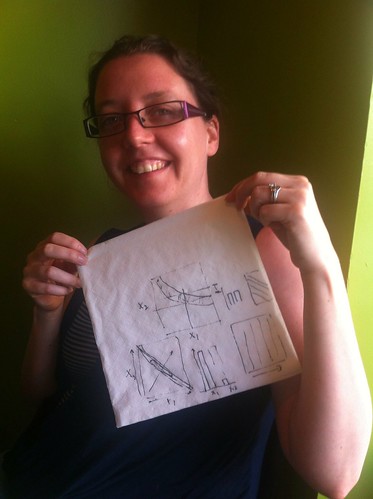 Georgia was lovely in the spring – highs of around 25C, and not humid at all. I should imagine that would change in August. Very friendly people, and a good selection of beers, but food was expensive unless fried.

If you got bored of the talks, you could always watch the boats go by: 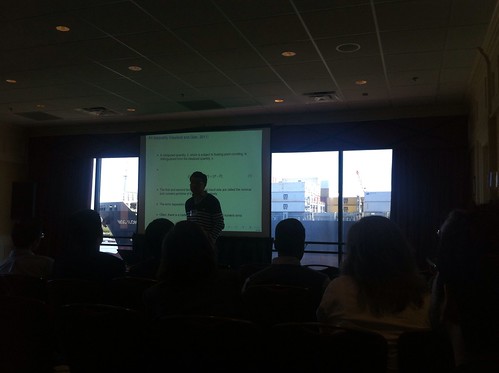 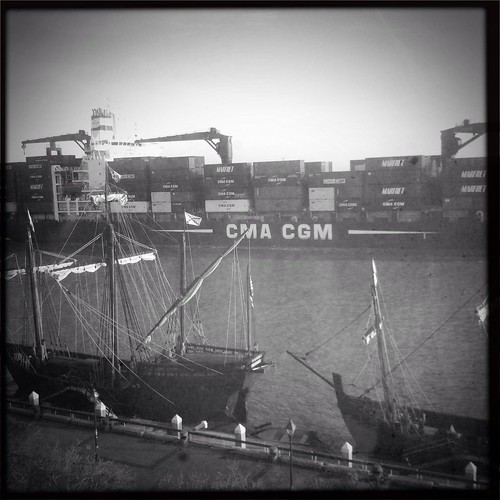 Key lesson from the trip was ALWAYS LEAVE SEVERAL HOURS TRANSFER TIME WHEN FIRST ARRIVING IN THE STATES. Two hours wasn’t enough, apparently, and I missed a flight. I hadn’t even considered that it would be a possibility – they make you go through customs and security again on first arrival.

Finally, the conference had a nice collaborative atmosphere. The old statistician/physicist divide was only apparent in one talk I went to (the physicists were being slagged off, on that particular occasion), but generally it was apparent how far people can get, and how fast, when they work across disciplines.

← Pausing for thought
What got you into science? →