I was going to write a long essay on why I try to avoid advocating for any one particular policy for climate, but I think this probably makes the point fairly well. 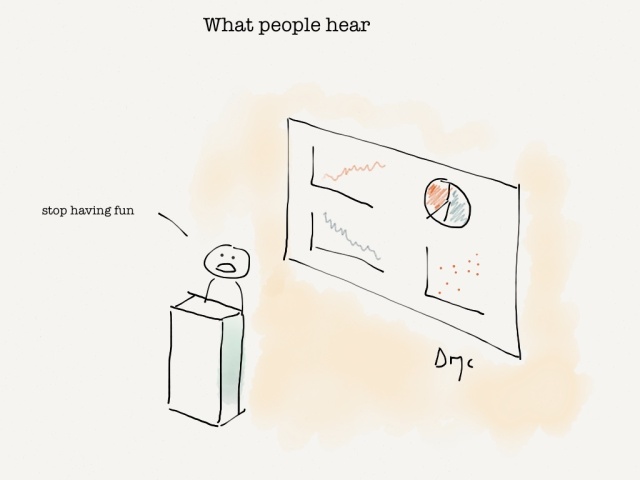 One of the funny things about the hoo-ha around Tamsin’s piece was that the reaction rather confirmed the point*. People hate hate HATE being told what to do (especially scientists), and many seemed to have an emotional reaction to the idea that some young upstart was telling them they were doing the wrong thing. As a result, there was lots of building of straw men; “she’s advocating not advocating” (not true); patronising (“foolish”, “naive”); and likening to other Female Scientists who Happen to be Prominent in the Blogosphere.

Basically, the whole discussion was quickly polarised into an argument, obscuring some of the subtleties, positions, and valid points made by both sides. It remains to be seen whether anyone has shifted position on advocating for climate policy due to the piece: I guess it will take a long time to work through.

* This post shouldn’t be read as a criticism of Tamsin’s piece, the discussion needs to be had. To get even more meta,  I guess I am sustaining the adversarial nature of the debate on this. Ho hum.